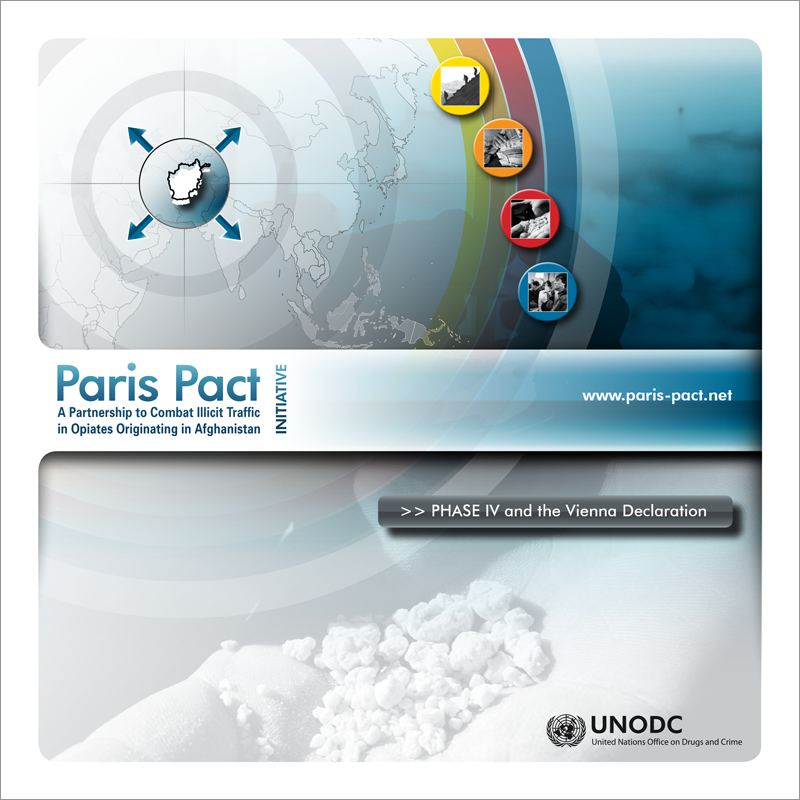 A partnership of more than 80 countries and international organizations, the Paris Pact Initiative is one of the most important frameworks in the fight against opiates originating in Afghanistan. The establishment of a broad international coalition aims at the reduction of illicit traffic in opiates, including opium poppy cultivation, production and global consumption of heroin and other opiates.

Despite continued efforts by the international community and major achievements, the problem of illicit traffic in opiates continues to be of serious concern. Illicit traffic in opiates, including heroin, is a growing problem, generating illicit financial flows, fuelling corruption, and organized crime and in some cases funding terrorist activities and insurgency.

Recognising the important role played by UNODC, efforts under the aegis of the Paris Pact Initiative are aimed at strengthening international and regional cooperation to support efforts, including at national level, to address the threat opiates pose to international peace and stability globally.

The Third Ministerial Conference of the Paris Pact Partners on Combatting Illicit Traffic in Opiates Originating in Afghanistan was held in Vienna in February 2012. Affirming their "common and shared responsibility", the Paris Pact partners adopted the Vienna Declaration, a statement of international commitment to act in a "balanced and comprehensive manner" against the menace of illicit Afghan opiates. The Declaration, which became the roadmap for activities in the framework of the Paris Pact Initiative, focuses on the four main areas - referred to as "pillars" - in which Paris Pact partners agreed cooperation should be strengthened:

The Paris Pact Initiative is made up of two equally important and inter-related dimensions:

The current phase Phase IV of the GLOY09 programme, led by the Paris Pact Coordination Unit, located in UNODC HQs Vienna, was launched at the 10th anniversary of the Initiative in 2013. Phase IV seeks to enhance synergies and increase cooperation among partners, including UNODC, and continues to drive forward the three well-established components developed over the preceding phases:

* Please note: the sections referred to above can only be accessed after registering and logging-in.